The Legends Behind The Success of The Mini Cooper 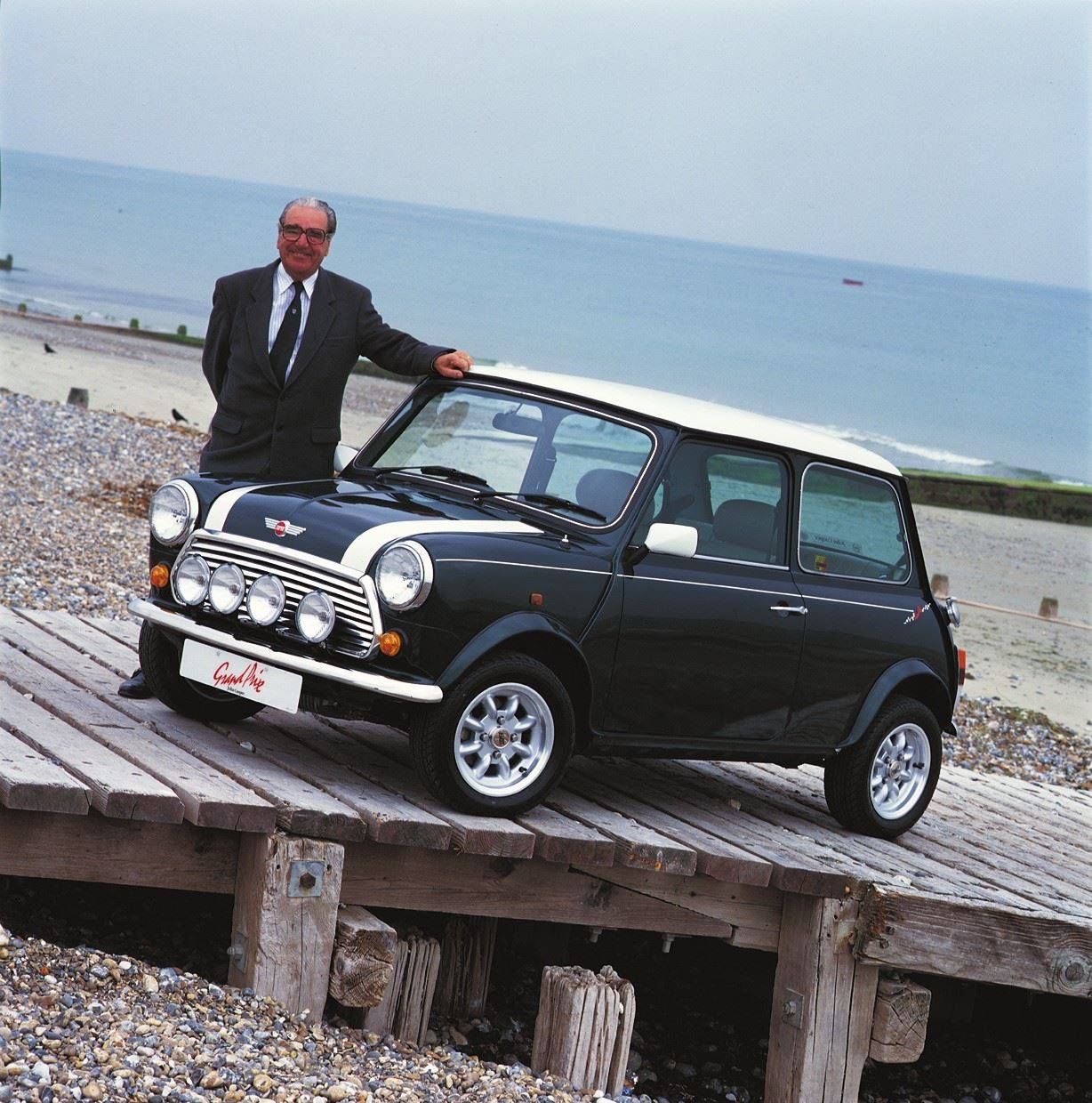 “Sometimes you have to be different to be better.”

To generations of people, the word ‘Mini’ is interchangeable with ‘Cooper’. Whilst the original model, designed by Alec Issigonis, fulfilled the BMC’s request for an ‘economical family car’, it was the sportier Mini Cooper that cemented the brand as a timeless icon of British motoring innovation.

From Monte Carlo Rally wins to featuring in Hollywood movies; the true genius of the Mini was that it was affordable for a wide audience. So to celebrate (nearly) 60 years of it dashing about roads and tracks across the globe, we’re going to take a look back at those legends behind the Cooper – going some way to explain why this little car has had such a huge impact.

As good a place as any to start our rundown of Mini Cooper legends, is the man who lends his name to the famous car – creator, John Cooper!

Already a big name in motor racing in the late-1950’s (thanks to his revolutionary rear-engined chassis design that would be adopted by Formula One and Indy 500 cars), he saw that this new Mini had a potential to be a force in rallying. Already well-acquainted with Alec Issigonis, John worked to persuade his old friend of the viability of producing a ‘tuned-up’ Mini that would be as good to race as it was to drive along the roads.

Alec wasn’t sure, neither were the British Motor Corporation. Whilst doubting that the proposed model would sell less than 1,000 units, the BMC’s George Harriman didn’t forgo the opportunity to give the famed racing car designer the go-ahead. In the end, sales of John’s first modified Mini exceeded more than 125,000 sales – heralding in an era of ‘the Cooper’ being the dominant sight on the growing British road network.

Later, during the 1990s, the Mini Sport team got the opportunity to work with John on several projects. This partnership with The Cooper Car Company continues to this very day, with John’s son, Michael.

Whether it’s the bigger-on-the-inside quality, its ability to get the most from the fuel tank or the unique body design, there are plenty of great aspects of the Mini that can be pointed to as a reason for its success. Another great innovation, was the very thing that allowed drivers to enjoy their ride – the suspension, as designed by Dr Alex Moulton.

The original model contained Mini rubber suspension cones that Dr Alex created from a unique mix of ingredients to forge rubber; something that he never shared with any other rubber company (including Dunlop). His suspension system for the Mini was so successful that it was used to fit new models right through until the end of production for the ‘classic era’ in 2000.

Here at Mini Sport, we are the only Mini spares company to have been granted a license to sell genuine Moulton rubber suspension parts – helping our customers to experience the true feeling of driving a classic Mini Cooper.

We’ve got a tuned-up Mini designed by the most innovative car designers in the world, the suspension system is unique and perfectly-fitted to the operations of the car – now, we only need a top racing driver to pilot the Cooper to victory to establish it as a timeless name in motorsport. Let’s open the driver door to Patrick Barron Hopkirk.

Despite some domestic success in the 1962 British Saloon Championship, the Mini Cooper wasn’t considered a serious contender in the 1964 Monte Carlo Rally (well, by everyone outside of the British racing scene, anyway!) Belfast’s Paddy Hopkirk took up the challenge of competing in the famous rally – starting out from Minsk (then-USSR, today-Belarus), descending upon the muddy, snowy tracks and tight-hairpin roads of the Alps, down to the bright lights of Monaco.

In spite of being up against Ford Falcon’s and Mercedes-Benz 300 SE’s (supercars of their day), the Mini’s ability to negotiate tight corners with its small frame saw it keep within striking distance of the leaders throughout the competition. The defining stage would be the Col del Turini – the picturesque mountain-pass stage that rendered the faster cars redundant. With a low-centre-of-gravity and the capacity to maintain a consistent speed, Paddy’s Mini (numbered ‘37’) flew through ‘The Night of the Long Knives’ to dramatically take the lead. A lead that he held onto after a nail-biting final flat stage.

The win (and subsequent press coverage) cemented the reputation of the Mini brand and led to the Cooper to be seen as the ‘cool car’ of choice for a generation of new drivers in the 1960s (Paddy Hopkirk fans, The Beatles, would later receive a Mini Cooper each from their manager, George Epstein, to improve their image!) The Cooper was later used in films, music and even fashion; to this day it remains as an example as something that is ‘quintessentially British’.

So, those where the legends that helped to make the Cooper to be a British icon. If you’re a proud owner of a model and need parts and spares, then the expert team here at Mini Sport can help you to be a part of a vibrant community. 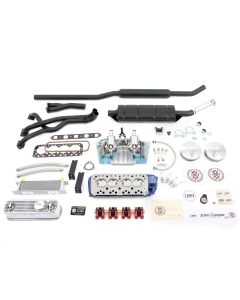 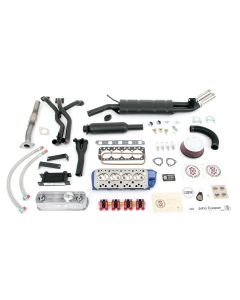 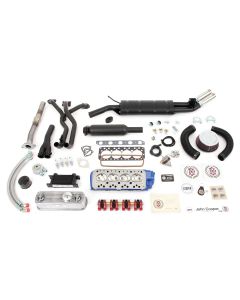 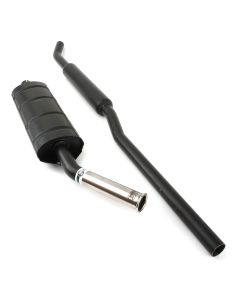 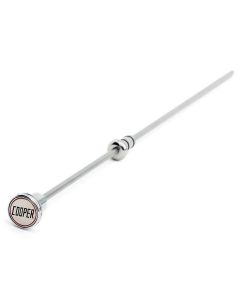 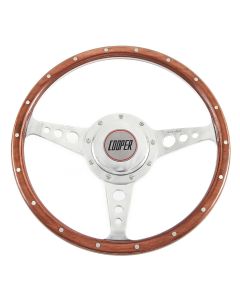 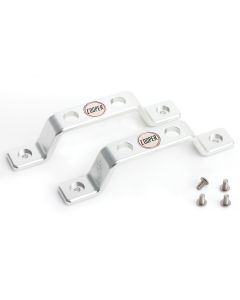 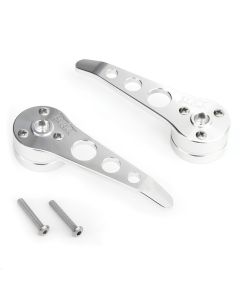 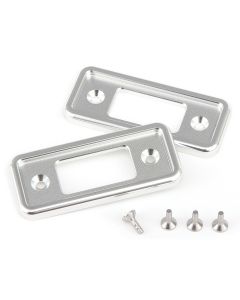