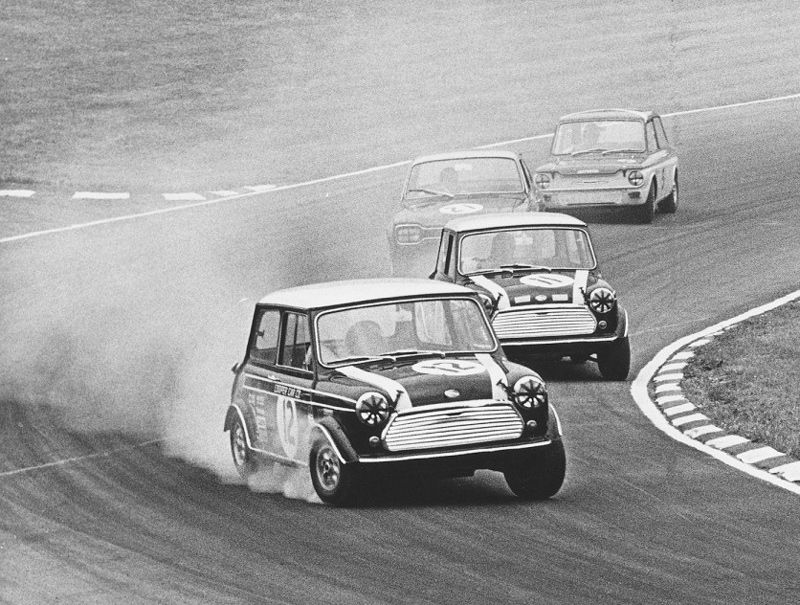 The Cooper Car Company was formed in 1946 by Charles and his son John Cooper. Their aim was to build pure bred racing cars and stared with the Cooper 500.  This little single seater race car took the 500 cc class by storm and was extremely successful with drivers like Stirling Moss at the wheel. The main reason for its success was the position of the engine, Cooper's placed it behind the driver, a new and innovative design.

After building many Cooper 500's and other variants , Cooper's ventured into Formula 2 with the Cooper Bristol. The car proved successful with drivers like, Mike Hawthorn and the Great Juan Manual Fangio.

Formula 1 was the next obvious advance and soon Cooper's were competing against the giants of the day like Ferrari, Porsche and Maserati. The small company took these big guns on and in 1959 won the coveted Formula 1 World Championship, Jack Brabham becoming Champion and the Cooper T51 taking the honours. Success followed in 1960 with Jack winning the title and Cooper's the manufacturers title.

Cooper continued to win in Formula 1 and even took their Cooper F1 to the great Indianapolis . Cooper's car was called the funny car, due to its tiny size ( compared to the machines in the USA ) and also because the engine was behind the driver. All the American cars competing had front engined cars. Although not winning the race, Cooper proved the way forward and within only a few years rear engine cars ruled the Indy grid.

The Mini Cooper is of course known throughout the world as the fast Mini. Just an idea of John Cooper's that the little family car designed by his friend Alec Issigonis would make a great rally and racing car. Well the Mini Cooper was born and indeed it did become a world beater winning outright the Monte Carlo Rally 3 times.

The Mini Cooper ceased production in 1971, however during the 1980's Cooper's now run by John's son Mike started producing tuning kits for the classic mini converting customer cars into Mini Cooper's with Cooper performance. Along with many crafted accessories the scene was set to re introduce the classic Mini as a full Factory Cooper. This was launched in 1990 and continued right up to 2000 until the all new MINI Cooper was introduced .

In addition Mike Cooper has launched Cooper Bikes, bikes for the commuter and bicycle enthusiast. He is also very proud to re introduce some of the great tuning kits and accessories for the classic Mini.